This page is undated with the latest news from St Wulfram's. LIVE images at https://www.lincsbirdclub.co.uk/site/index.php/sightings/peregrine-project

For news from our other Peregrine webcam at St James's click here.

If you would like to make a donation to LBC to support the installation and running of this webcam and further conservation projects in the future please click below;

Well it's all gone very very quiet at St Wulframs and it looks like the resident pair have gone. Fingers-crossed for next year!

Well it's all gone very quiet at St Wulframs.... and it looks like the resident pair have gone elsewhere!

However, yesterday at 14.52 a bird was recorded on the wall above the nest tray, but soon left.  This was the first visit since 26th March....

Another twist... today we had a pair of birds visit the nest tray (both birds were unringed). During the visit the female bird was seen scraping the gravel in the nest box.... 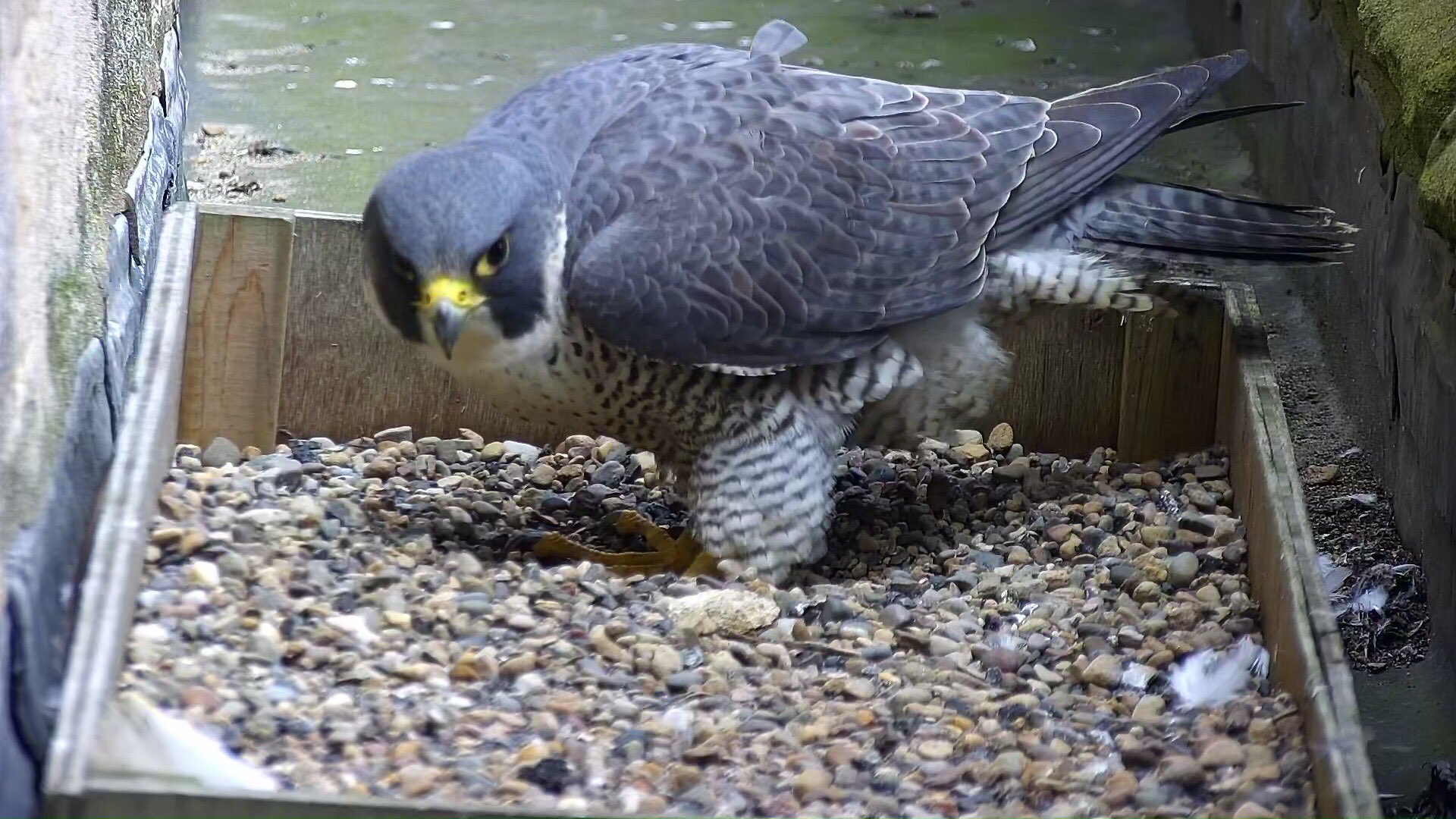 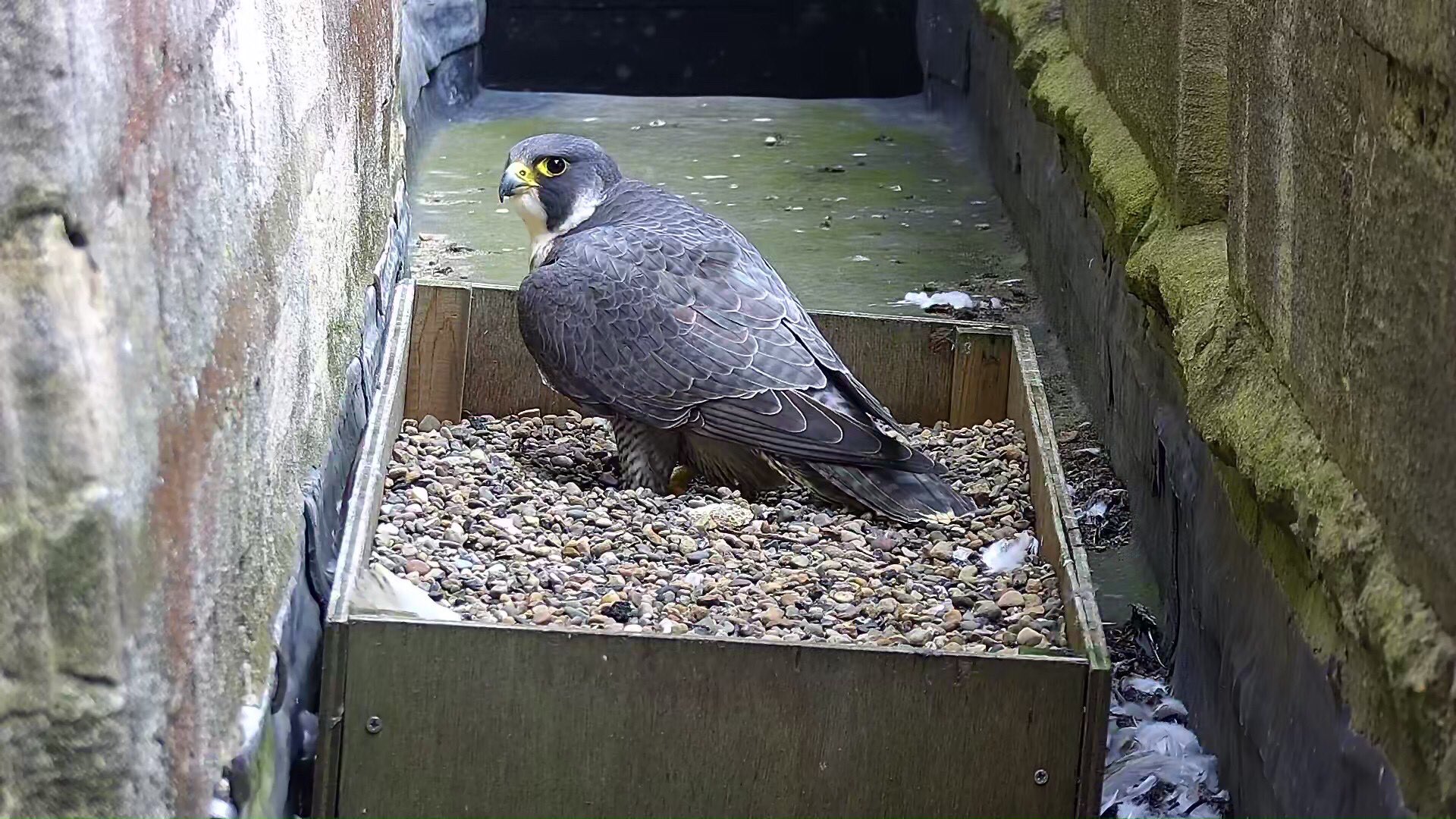 After a few days with no sightings the colour ringed female returned to the parapet this morning before dropped into the tray again. There is some speculation that the new bird may have chased off the resident pair? Unfortunately, we still haven’t been able to get a clear image of the colour ring code so we don’t know where she is from…

It’s been over a week since we have seen the birds at St Wulfram’s, but this morning a female sat briefly on the parapet over looking the nest tray! 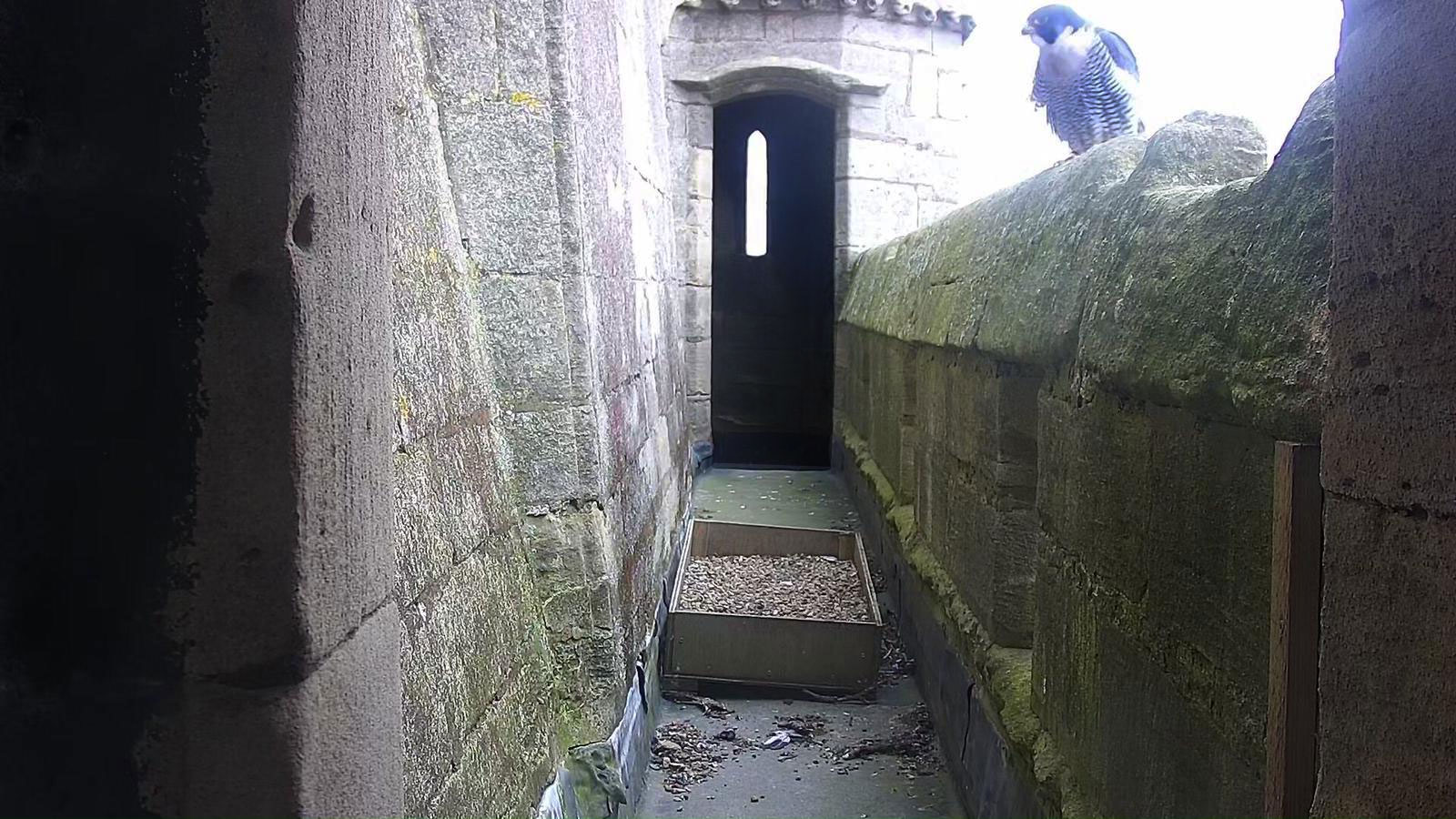 This morning a NEW female dropped in at St Wulfram's. The bird was seen at around 10.00am and was present for just a few minutes. When the bird landed in the nest tray we could see an orange colour ring which is how we know this isn't the resident female (the resident pair at St Wulfram's are both unringed). Unfortunatly the light wasn't too good, so we can't be sure of the code... 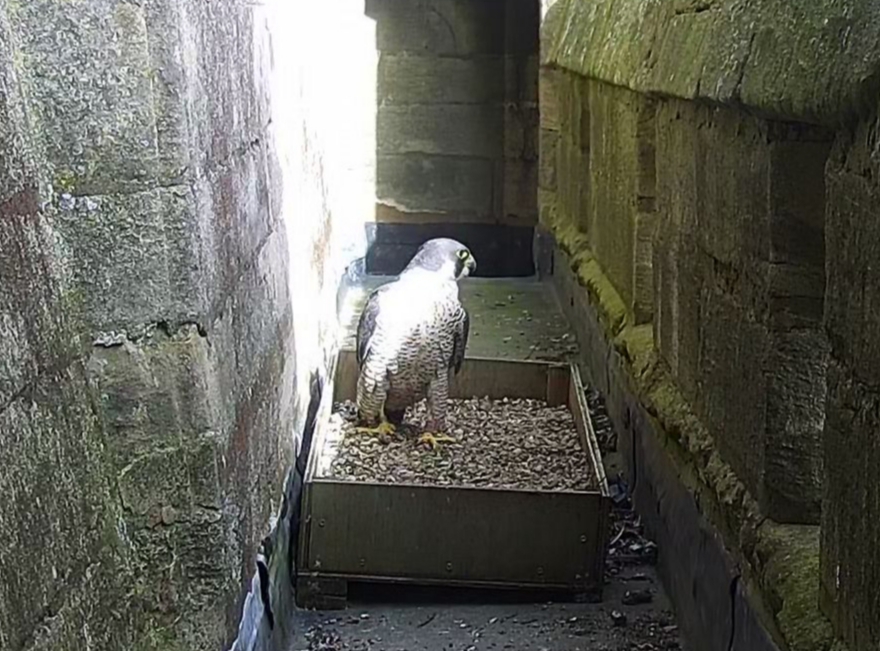 After a long break the female was seen at the nest tray for the first time since the 20th February. 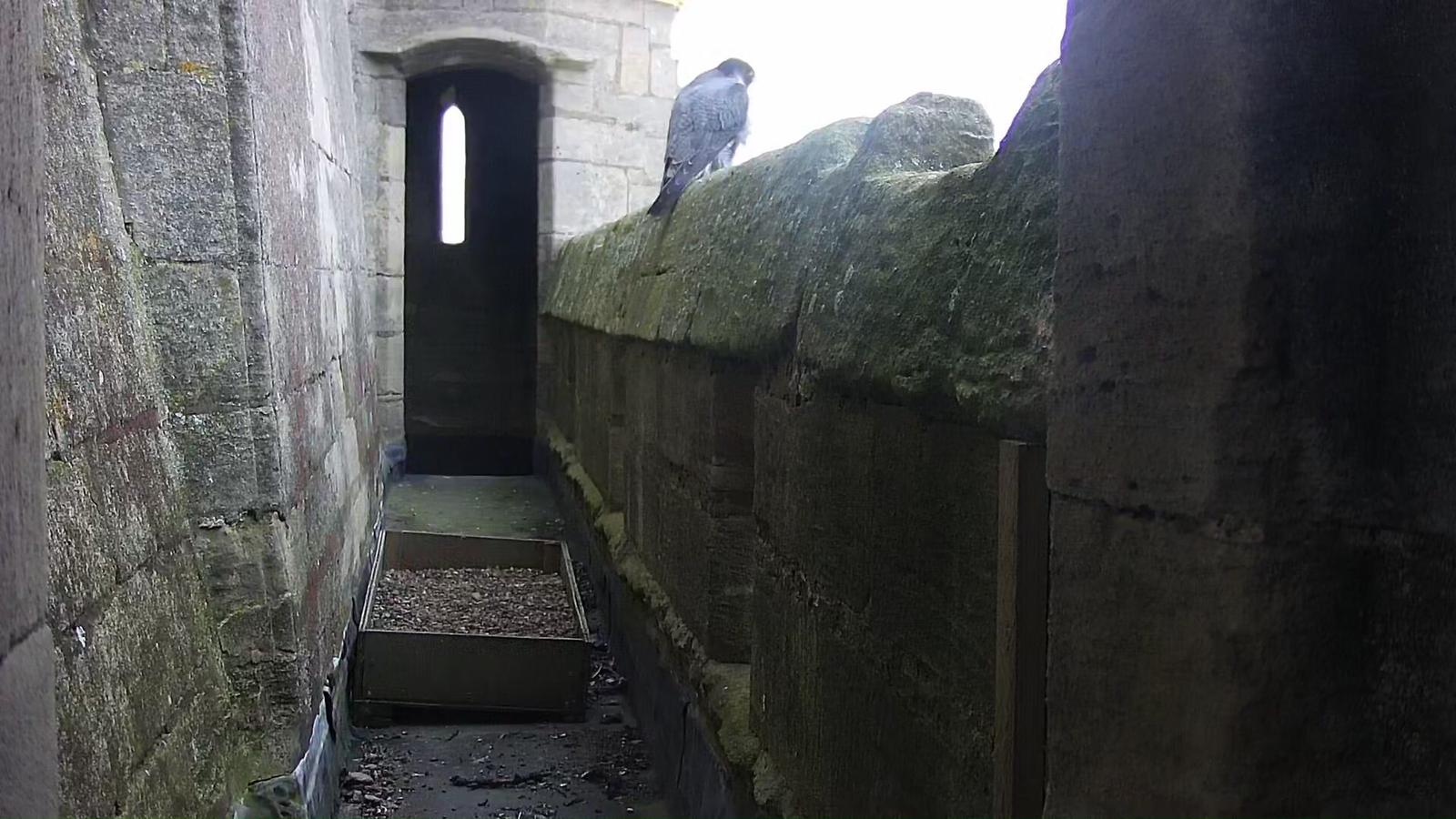 If your a feral pigeon, its best not to hang around if a peregrine turns up!

The birds have not been seen for the past few days because of the very cold weather and snow on the nest tray. However, this afternoon the female reappeared in the afternoon sunshine. 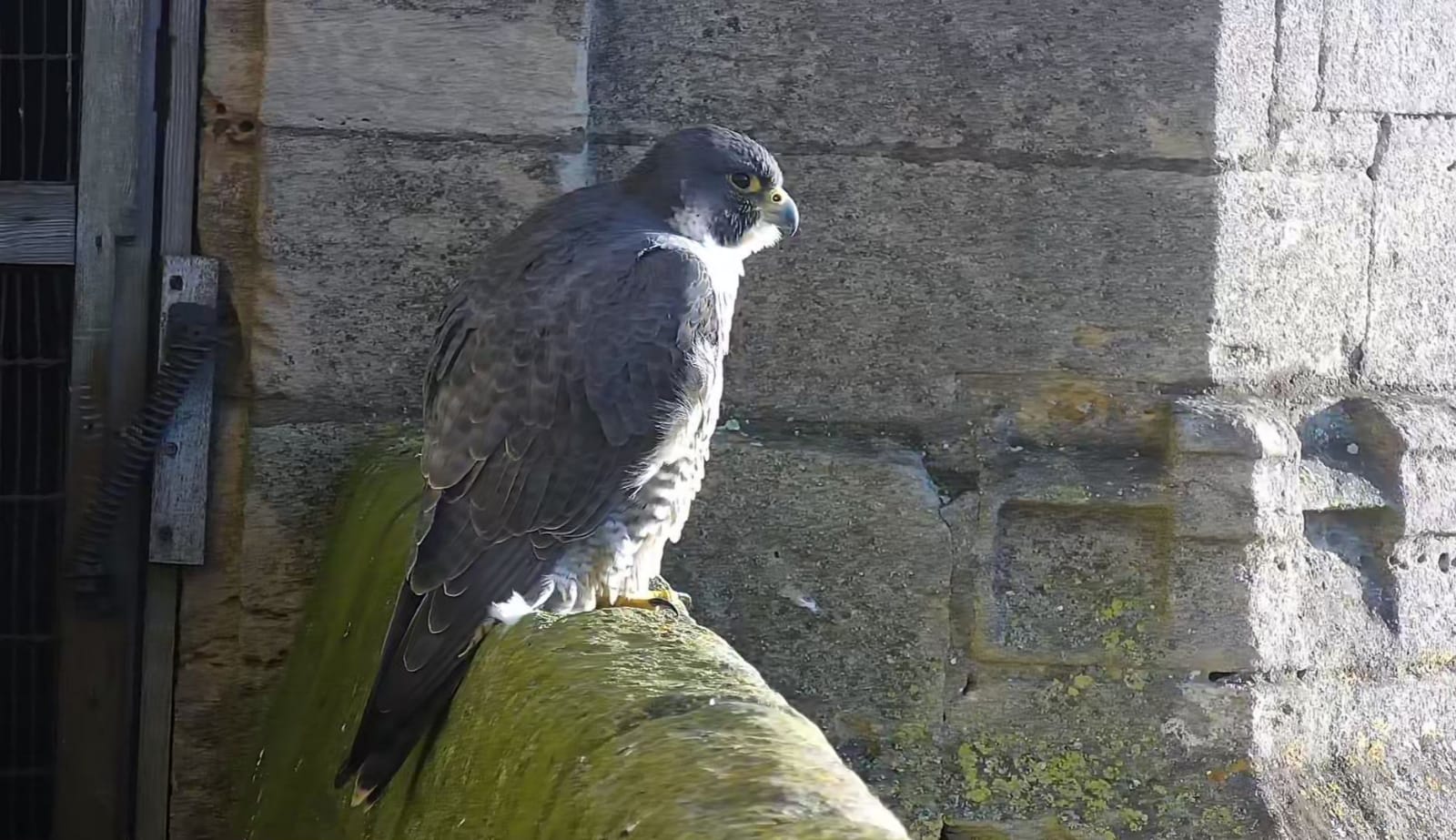 The female bird eating breakfast on 11th February 2021. Note how full the birds crop is!

A relaxing Sunday morning and the resident male is on the wall above the nest tray over looking Grantham. 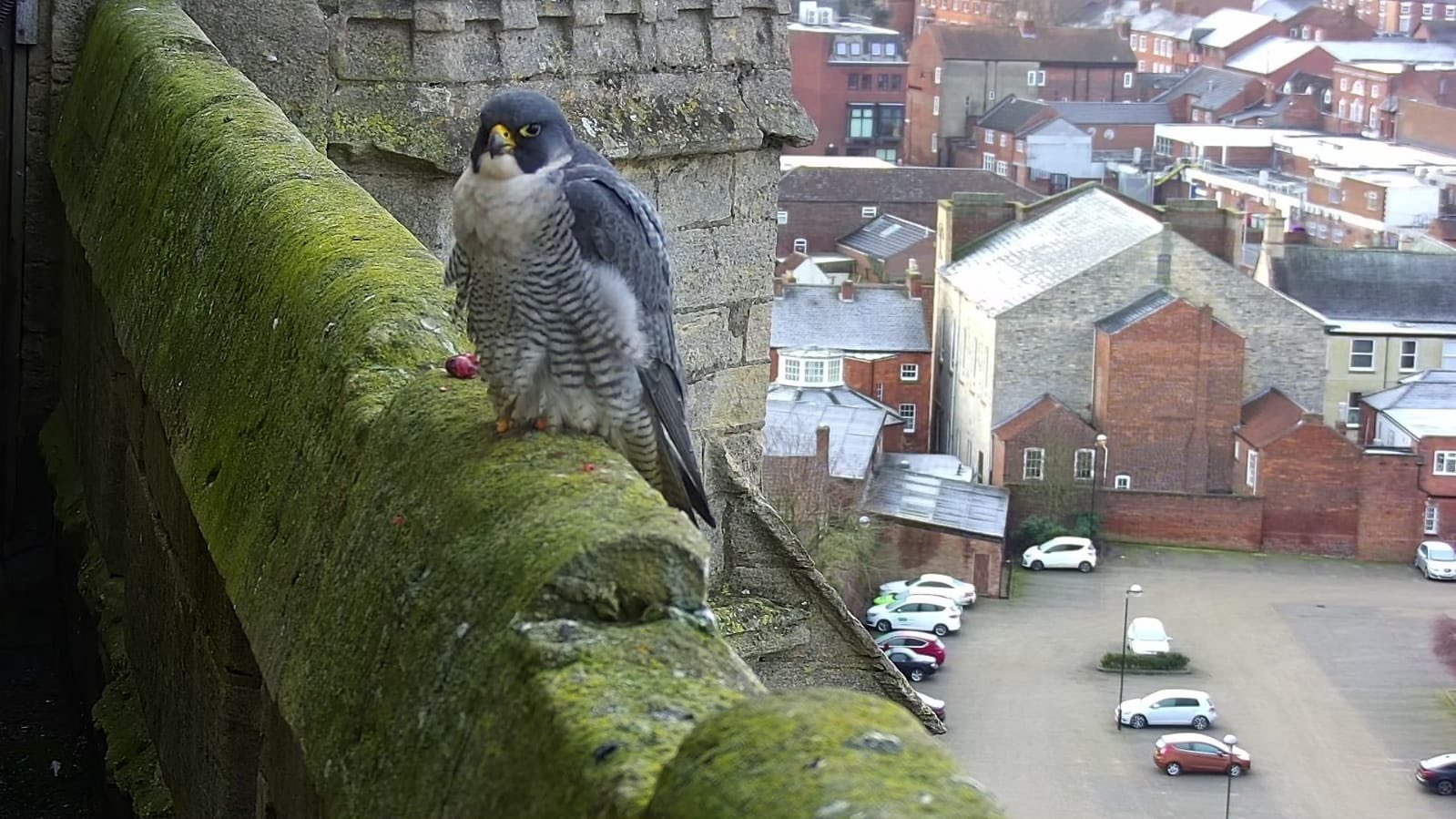 A short video from the spire.

The male bird at St Wulframs church in Grantham watching the world go by. 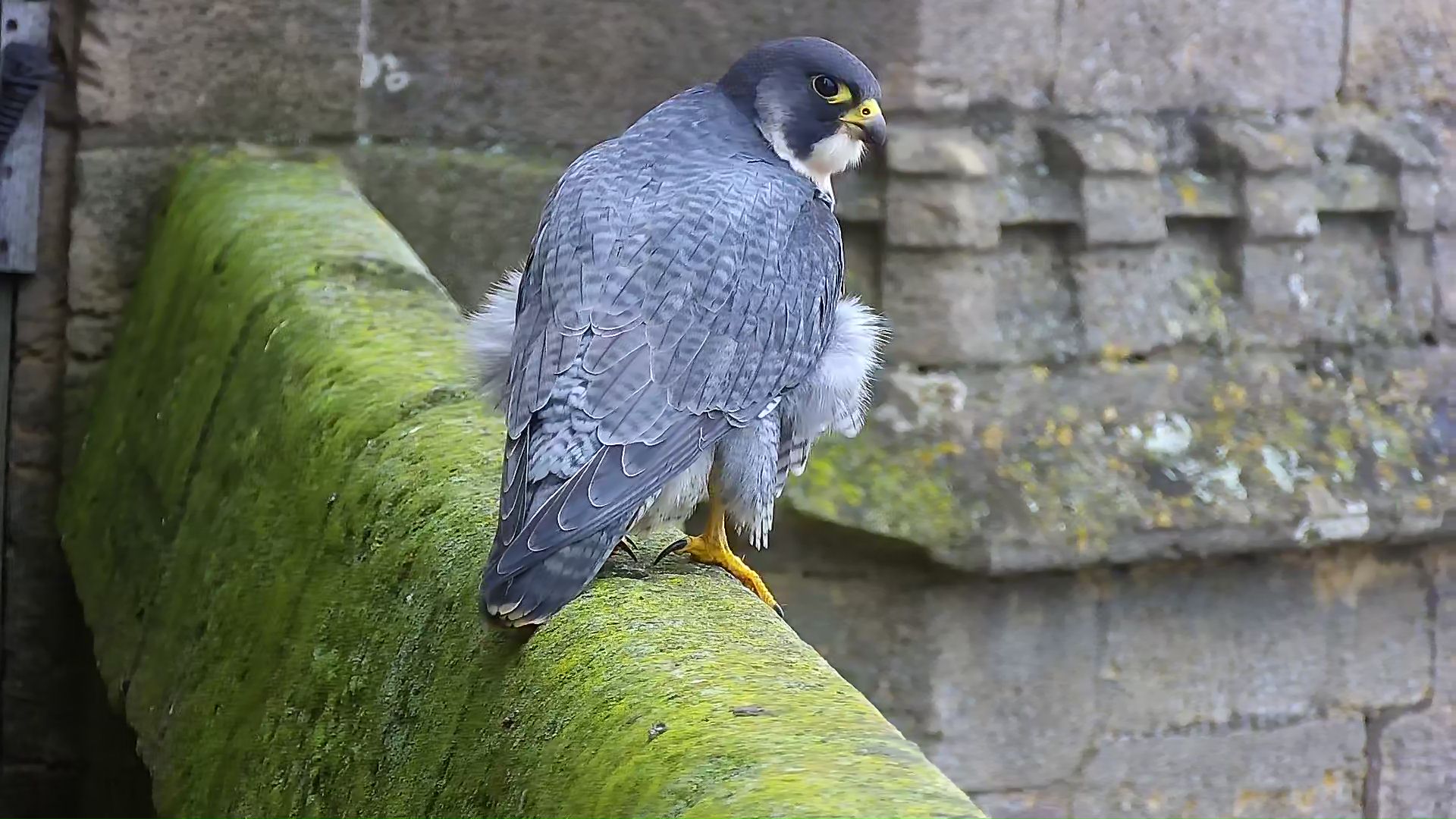 History of the St Wulfram's Peregrine