A Bearded Vulture in Lincolnshire - Nov 2020

A Bearded Vulture in Lincolnshire!

There can’t be many birders who haven’t heard that there’s been a Bearded Vulture in the UK this summer, but who would have predicted it would turn up in Lincolnshire!

It is well known that young Bearded Vultures travel vast distances and explore new areas. Bearded Vulture vagrancy usually occurs during late spring and early summer, when young individuals leave their mountain habitats and disperse. Sometimes even breaking records like in May 2016 when a young bird first visited the UK. In June 2020 it seems history repeated itself and maybe Bearded Vulture vagrancy isn’t going to be a one off?

A young Bearded Vulture was observed in northern Europe this spring being recorded in the Netherlands and Belgium in early June 2020. Then, having crossed the channel it was photographed in Kenilworth, England, on 25 June. The bird was identified as a second calendar Bearded Vulture, meaning that it hatched in 2019.

The bird continued heading north from the Midlands and was photographed on 30 June at the Edale Valley, Derbyshire! The trail went cold again until 6 July when it was filmed in flight over Cressbrook Dale. It was then seen over Froggatt Edge, heading north for Stanage Edge. Then, it was observed in the Big Moor area on 7 July and was later seen over Gardom's Edge, east of Baslow. After exploring Derbyshire, it seems that the Bearded Vulture moved to Yorkshire. It appears that it flew over the city of Sheffield, with many residents reporting sightings around 10 July.  On 12 July it was photographed at Howden Moors just outside Sheffield where it settled before moving to Crowden in the Peak District.

After nearly three months in the region, the bird left Crowden on the 18 September, and was spotted the following day in Lathkill Dale and then near Leicester, flying high and travelling south-east! Then it was seen to the west of Oxford, again heading south-east at high altitude. Then, surprisingly it was found again on 28 September, this time in Norfolk, 225 km north-east from the last confirmed sighting in Oxfordshire on Monday 21 September!

Interestingly, on 26 September a White-tailed Eagle was seen briefly and at distance from Alkborough Flats in Lincolnshire and with hindsight it now looks to have been the vulture, with the hurried record shots showing a wing profile matching the bird!

Then on 7 October it was photographed over Moulton Chapel, Lincolnshire and roosted in roadside trees, to the delight of county birders the next morning! It lingered around the Lincolnshire-Cambridgeshire border near Thorney until 11 October, when it departed high to the south. Less than 90 minutes later it was reported over the RSPB headquarters at The Lodge, Bedfordshire, being seen again by a small collection of lucky Beds birders over Sandy for an hour the next day.

It then made its way south once more, photographed over Fordcombe, Kent. After a brief visit to Kent, the wandering bird had made it as far as the East Sussex coast by 14th October and was watched disappearing high out to sea across the English Channel.

People have been speculating about the origin and sex of the Bearded Vulture, that has been touring the UK for the past few months. Now, thanks to receiving two feathers and undertaking a genetic analysis, the Vulture Conservation Foundation (VCF) finally has the answers!  Two small feathers collected in the Peak District by local Yorkshire birder David Ball, determined that the Bearded Vulture comes from the French Alps, and is a female bird that hatched last year (2019) in a wild nest. 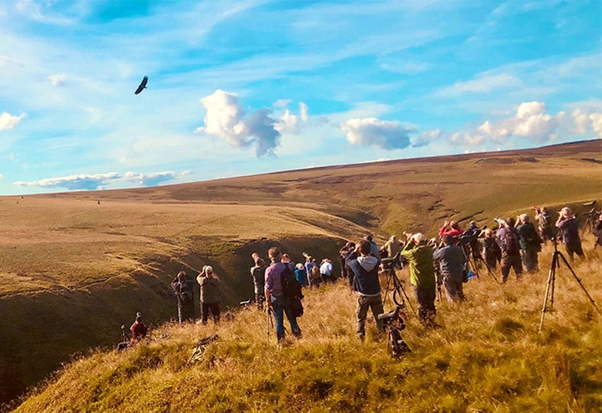 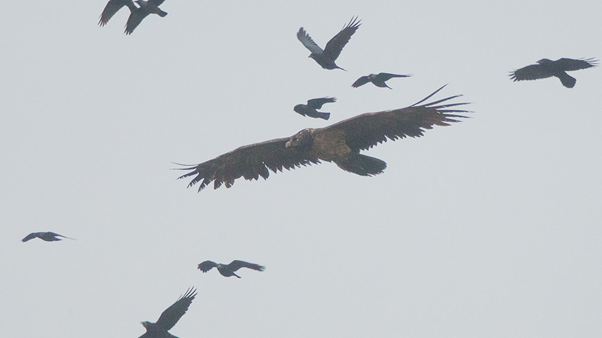 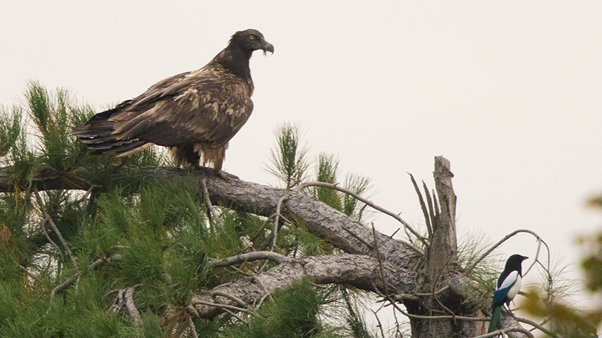 The Bearded Vulture and magpie (for scale!) at Cowbit in Lincolnshire
8th October © Will Bowell 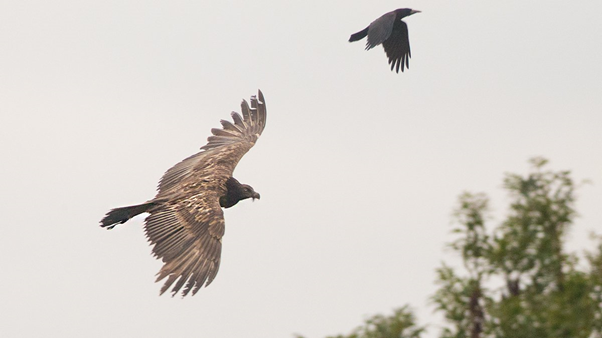 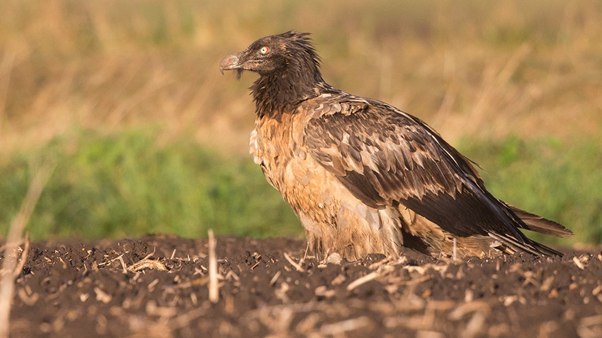 The Bearded Vulture showed very well near Nene Terrace, Cambs. Amazing to see a
bird of altitude, feeding in the flat Fens © Will Bowell 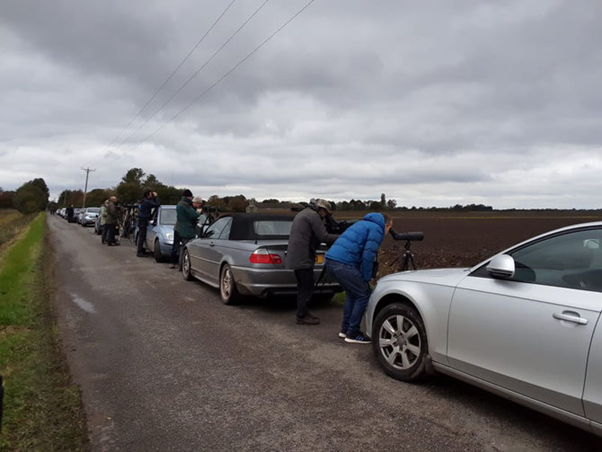