Read's Island, lies in the middle of the Humber close to the village of South Ferriby in the North of the Lincs county recording area. Although only well known or visited by only a few It has long being famous for its impressive and internationally important assemblage of wintering, breeding and passage birds such as marsh harrier, pink footed goose, wigeon and curlew and notably between 1998 and 2006 a thriving colony of breeding avocets.

The first pairs of this once less than annual visitor to Lincolnshire started breeding on the island as a result of saline lagoon creation work undertaken by the RSPB, LWT and Environment agency back in 1997. The success of the original project was outstanding and the colony grew quickly with the result that within just four years the island held one of the UK’s largest and most productive assemblages of this vulnerable and rare wader.

Unfortunately by 2007 disaster had struck and the island was being severely eroded by the river. This led to the loss of the northern bunds which catastrophically meant the lagoons were no longer capable of holding water during the breeding season. It also resulted in a complete failure of the then two hundred breeding pairs of avocet, many of which sought other less suitable breeding habitat in the upper Humber around Blacktoft Sands and Alkborough Flats where they subsequently produced only a handful of young.

For the RSPB and LWT who are joint managers of the island the short term priority was to ensure that Avocets were not lost as a breeding species, particularly as they are a key interest feature of the Humber SSSI but it was also felt that the Island was far too important for so many thousands of the Humber’s birds to be left to its fate.

Of course this was not quite as straight forward as many seemed to think! The position of the island in the middle of a large tidal river meant that remedial work would be both complicated and expensive and required quite a bit of careful planning and liaison with Natural England, Associated British ports and the owners of the island the Nickerson Trust. Funding of the project was also a major issue but totally out of the blue in early 2009 SITA Environmental very kindly agreed to fund the whole £47,000 cost of the proposed project to restore the lagoons, but on one condition. The money had to be spent within one year!

In principle the planned work was actually quite straightforward, put a long reach excavator on the island and create a series of lagoons that would help control the water levels. In reality this involved using a 47 tonne floating barge crane to lift the 24 tonne excavator and 1000 gallons of fuel from the tidal Humber and onto the Eastern end of the island at the end of June 2009. Fortunately, my friend, and experienced local river man Dave Mouncey had undertaken the last lagoon creation project on the island and was on hand to ensure that everything went ahead without too much of a problem, although it certainly was an impressive landing that someone remarked was a bit like D-day!

Once the machine was in place it became apparent that it was a race against time to build a series of temporary bunds so as to ensure that the next series of high tides did not swamp the area where we wanted to work. A manic day of frenzied work followed and it was particularly pleasing to have the help of such an experienced excavator driver as Paul Bichan of Bic Plant who was able to complete the required work in 12 hours! The team then settled into the work in near perfect weather, working 15 hour days in order to finish the job before the next series of high tides in just two weeks!  In this time bunds were created, avocet nesting islands built, deep channels and pools excavated, banks seeded with grass and drain pipes fitted in order to control the water levels. Time working on the island seemed to pass at an incredible speed although it was always nice to get back to terra firma at the end of the day and have a cool pint of larger waiting at the Crown and Anchor! There was also a bit of time to look at the birds and wildlife with good numbers of waders and shelduck using the middle of the estuary and nearby nesting marsh harriers which were just fledging their young. By the end of the second week in July the project was completed and the machinery duly taken off the island. The 7ha of lagoons looked superb but it was not until September that we could check that the water control pipes were working as intended.

It was with much trepidation that we visited the island on the September high tides to see just what was going to happen, but we were not disappointed. The system was in excellent working order and the water levels building as planned. There were also over 500 teal, wood sandpiper, the year’s first pink footed geese and rather pleasingly a massive 900 avocets. This was a very positive sign and at the very least the birds had seen the work but as they say the proof is in the pudding!

The winter saw a fantastic number of over 16,000 wildfowl and waders feeding and roosting around the island and the water levels settled out at near perfects levels. Just as noteworthy was a flock of 50 twite and also the fact that the lagoon bunds had not being damaged by the high tides. March and April saw the return of the first large flocks of avocets to the island and the initial indications were good and that they were going to use the lagoons for nesting. By May it was obvious that the majority of the Humber’s avocets were using the island although being in such a sensitive place it was initially difficult to be sure just how may breeding pairs there were.

Subsequent fieldwork gave a guesstimate of 250 to 300 pairs, about 15% of the current UK population! The first breeding season visit to the island to check the sluice and water levels saw me beat a very hasty retreat as it was obvious that I was causing disturbance to birds with a lot of newly hatched chicks. So good so far, but avocets have a lot of predators and things can quickly go wrong. The next few weeks saw regular checks from a distance and unfortunately some disturbance to the colony due to other rather hapless estuary users having to be rescued by helicopter from or near to the island. This gave some major cause for concern but as the chicks got older we were able to see them moving out onto the estuarine mudflats and congregating on the north side of the island. Things looked very positive with lots of young and many large broods of anything between 2 and 6 young. In the end we had to estimate fledged numbers but it seemed probable that there were something in the order of 300 – 400+ young!

An incredible number and which will hopefully help sustain the Humber population until we can fully understand how to conserve this species better at other sites along the estuary or maybe create new ones. It of course also shows how everyone working together can make a difference for conservation along the Humber.  Love it when a plan comes together! 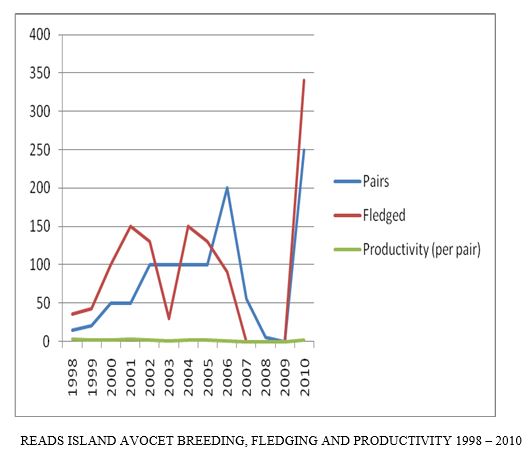 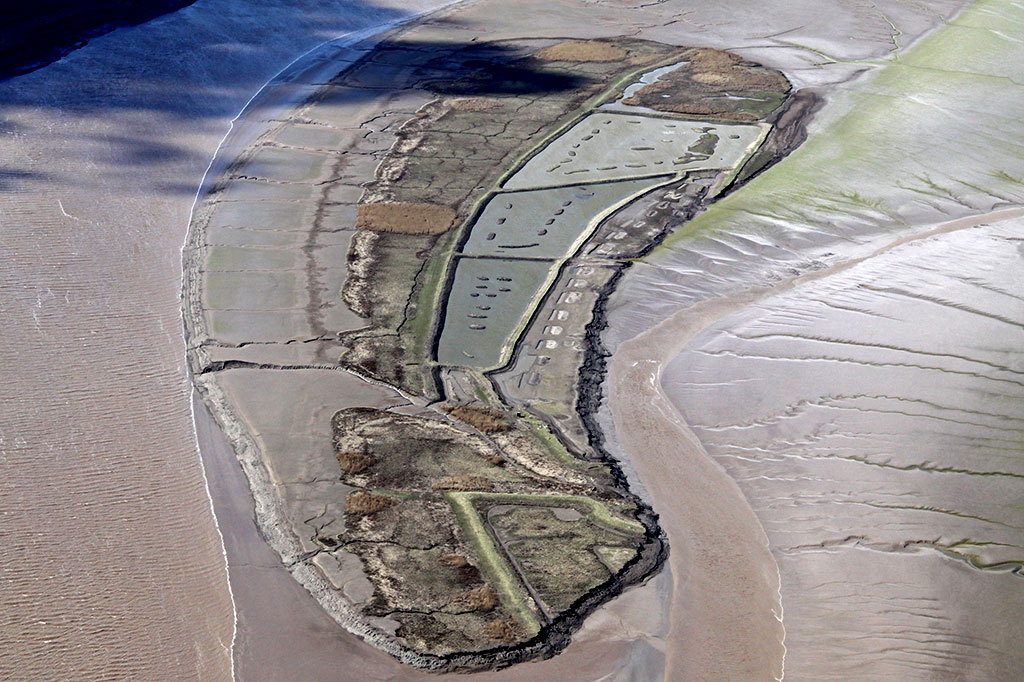 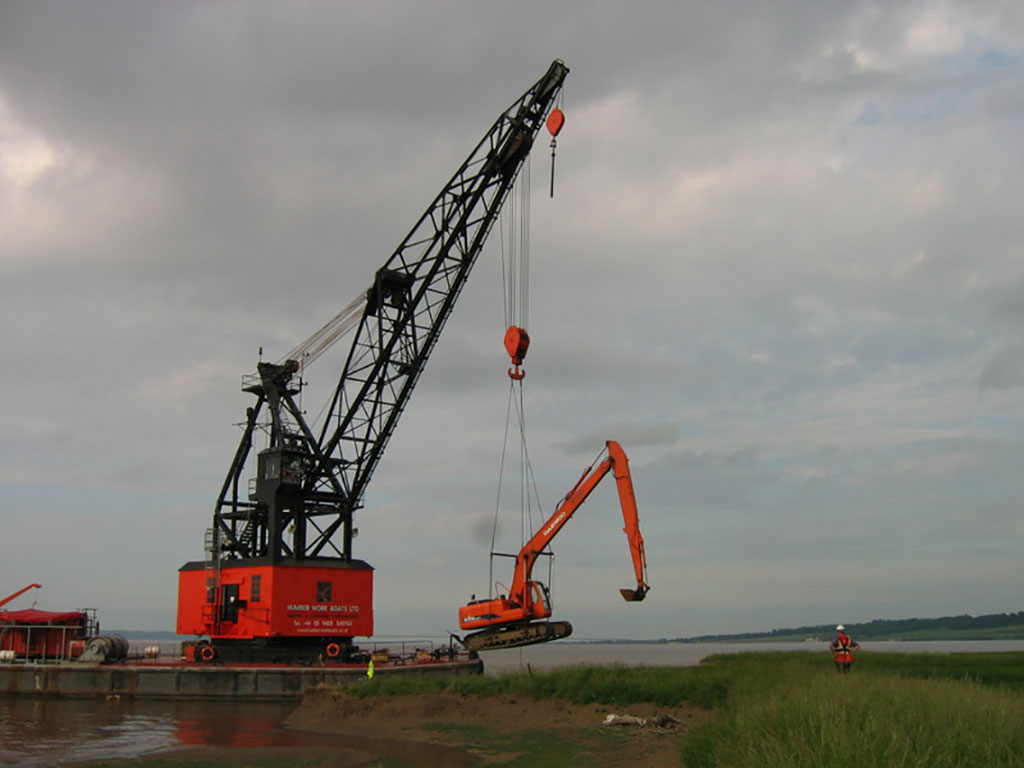 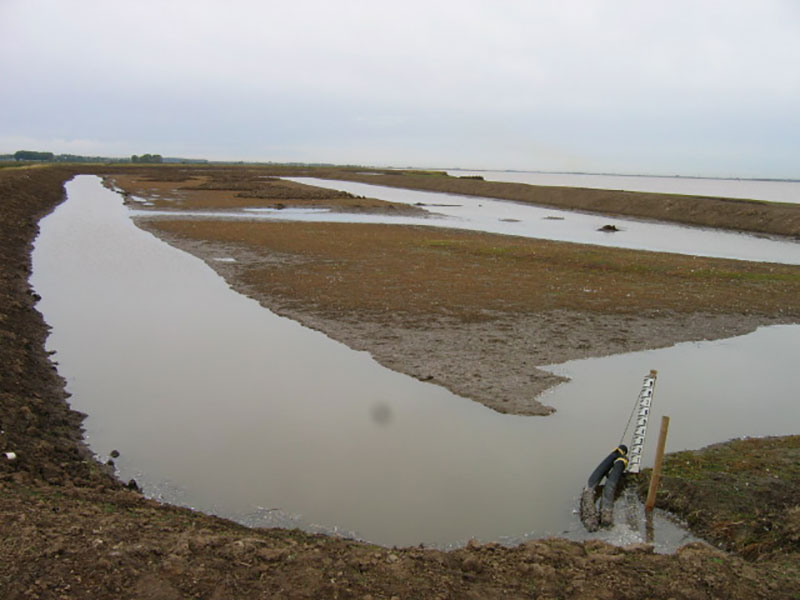 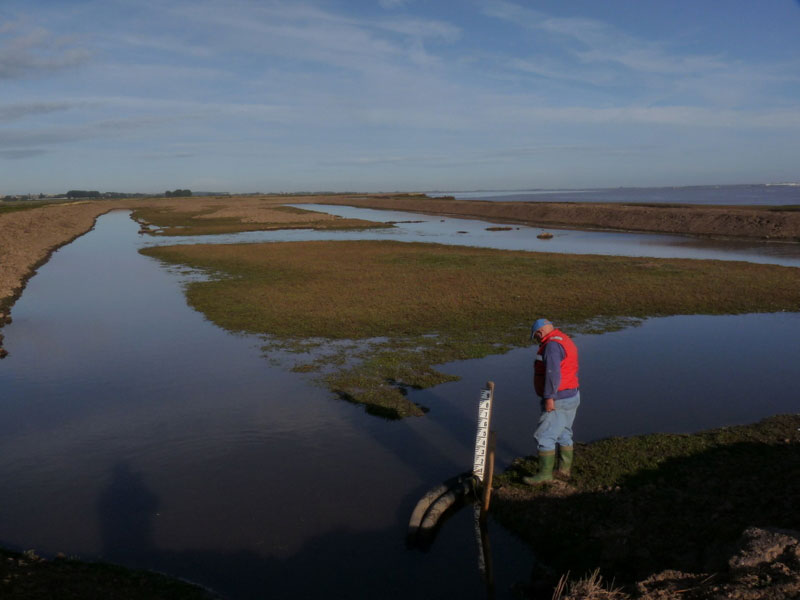